The Kenyan comic, whose relatable monologues often go viral, films from her home in Nairobi, the country’s capital city.

Majimbo first went viral after posting a video in March when initial restrictions such as intermittent lockdowns, border controls, and closure of schools and restaurants were imposed by the Kenyan government to curb the spread of Covid-19.

In the video, the 19-year-old talked about being in isolation at the time and wanting to be left alone.

“Ever since corona started, we’ve all been in isolation, and I like, miss no one,” she said, laughing and eating potato-based crunchy chips in the video.

“Why am I missing you? There is no reason for me to miss you… do I pay your rent? Do I provide food for you? Why are you missing me?” she added, still laughing.

The quirky humor in the video earned Majimbo many reshares and more than 250,000 views from users across the continent, including South Africa, Kenya and Nigeria.

She told CNN she did not expect the video to get as much attention as it did, but many people related to it. 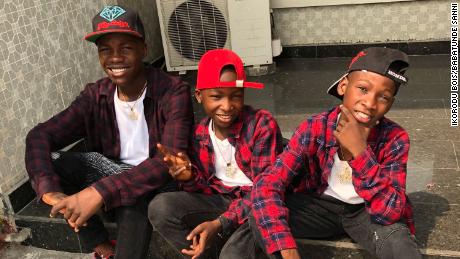 “It was the time we had just gotten to lockdown, and everyone was telling me they missed me, and I literally like being away from people, so I thought to myself, ‘Let me make a video about that,'” she said.

“I did not expect all the attention, but it happened, and I am glad it did.”

Since going viral, Majimbo has made more videos combining dry humor and criticism around the subject matters she decides to film about.

Some of the videos have also been featured on American owned cable channel, Comedy Central.

Majimbo often incorporates eating crunchy chips, which has become one of her signature moves, to emphasize her points in her monologues.

“In the first video that trended, I ate chips. A lot of people seemed to like it. There were a lot of comments asking me to do it again. So, I was like, OK whatever, and I did it again,” she told CNN.

The comic sensation additionally wears tiny dark sunglasses as a prop in her videos. Just like crunching on chips, the ’90s shades are for emphasizing on points made in her skits, she said.

“How do I manage to be this hot? The key to being hot is Photoshop,” she said in one of her videos titled “If I pay for the app, I own the abs.”

In the video, Majimbo joked about using Photoshop to look good in pictures, “Why get a six-pack in five months when you can get them in five minutes?” she added, putting on the sunglasses to make her point.

Majimbo, who records all her monologues using her iPhone 6, said she does not write her lines down before filming, instead she simply “goes with the flow.”

“The thing I like the most about my videos is that they come to me so easily and so naturally. I could just be sitting and feel like making a video about something, and I do it. Anything that comes to my mind, I record,” she said.

“If I don’t have any lines to record. I don’t even bother, I just skip it and say no video today,” she added.

Since becoming an internet sensation, Majimbo said she partnered with brands such as Canadian cosmetics manufacturer, MAC cosmetics, to create content aimed at promoting their products in fun ways.

The teenager, who is currently a journalism student at Strathmore University in Nairobi, is thinking about a completely different career.

According to her, she is taking the time to explore different and newer options, particularly in entertainment, “I think the career I wanted before is not what I want now. A lot of things have changed, I’ve been able to find myself in a way I hadn’t before.”

She added that she is looking into acting roles and having her own comedy show. 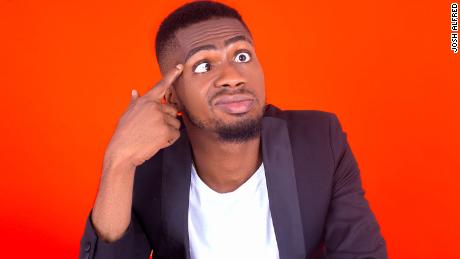 But regardless of the career part Majimbo takes, she is already influencing social media users in Africa.

She has been given a South African name “Mpho” by her fans in the country. The name means “gift” in Tswana language spoken in Southern Africa, Botswana, Namibia and Zimbabwe.

Majimbo says she will continue to make relatable and funny monologues but will not be limited to them.

“I don’t like setting expectations for my future plans because I don’t want to be limited. I am open to exploring and becoming many things in the future.”

Famous Words of Inspiration...
"I light my candle from their torches."
Robert Burton
— Click here for more from Robert Burton

[ad_1] Rihanna is counting down the days until the 2020 election. The pop star — a vocal critic of President Donald Trump — on Friday tweeted images of what appeared to be someone painting the […]

Likes: 0 Viewed: source Famous Words of Inspiration…”If you cannot work with love but only with distaste, it is better that you should leave your work.” Khalil Gibran — Click here for more from Khalil […]

[ad_1] Power couple Megan Rapinoe and Sue Bird shared what appeared to be an engagement photo on social media on Friday. The sweet photo shows Rapinoe, the U.S. soccer star who led her team to […]